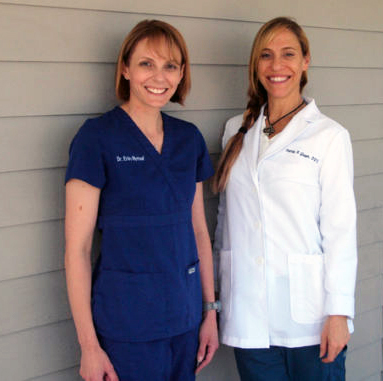 The practice, which was established by her father Peter Glaser in 1965, celebrated its 50th anniversary in 2015 and part of that longevity, she says, comes down to making patients feel at home, even in a dental office.

Glaser’s employees average more than 20 years on staff, which promotes the office’s family-atmosphere and positive environment.

“After so many years, we all feel like, and are family here,” Glaser said.

The practice has added some services since its anniversary year. One of them is the “crowns in a day” option, which allows patients to set an appointment to go in, get their tooth prepared for a crown and leave with their permanent crown before the day is through. That process has traditionally meant visits over a 3-to-4 week span.

“We have a massage chair in a quiet spa room you can sit in while you wait,” Glaser said. “With our previous method, there’s the chance the temporary (crowns) could fall off, you have to be careful and get out of your normal routine, and the tooth can get sensitive. Now you can do it in one day.”

The practice also has added Botox and Restylane treatments to smooth facial lines and they also use Botox to treat TMJ and migraine issues.

The staff also has a new addition. Dr. Erin Hymel, a St. Charles Parish native who was a patient at Glaser Family Practice herself growing up.

Glaser learned the ins and outs of the profession from one of the best. Peter Glaser designed continued education courses at the LSU School of Dentistry from 1981 to 2000 and was president of the New Orleans Dental Association. He is now retired, but he never stays away for too long, and the younger Glaser says that’s a very welcome boost around the office.

“He’s the best. Absolutely the best,” she says. “He’ll come in one or two days a week to help out with hygiene patients or to back me up. I think he misses the patients and it’s nice for him to come in and catch up.